The Authors & Artists Corner at Pacific Marine Expo is where attendees can go to see unique creativity within the fishing industry.
|Meet industry poets, authors and artists who all share a love for the fishing community and showcase that love through art.
See all of their work at Booth #1447 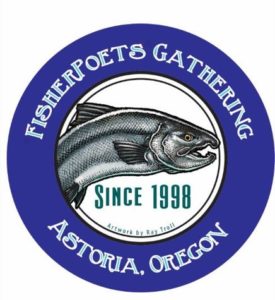 “A celebration of the commercial fishing industry in poetry, prose, and song, the FisherPoets Gathering has attracted FisherPoets and their many fans to Astoria, Oregon, the last week, end of February since 1998.” 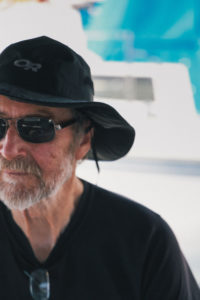 Out of school, Richard Bard took a leap, bought an old boat of doubtful integrity, and began trolling for salmon. Thirty mightily rewarding years of offshore fishing followed, including the building of a new steel boat. After farmed salmon drove the dock price so low even the highliners were struggling, it was time to swerve. A 100-ton master’s license and a high level of optimism produced a new career as a boat delivery captain, leading to challenging passages aboard many species of sail and power boats along and across the North Pacific, South Pacific, Atlantic, and Caribbean.

Bard will read a selection from Tsiu Blue from The Helm (formerly Main Stage) during the Saturday morning Fisher Poets event from 10:30AM – 11:30AM.

Writing has also happened, with three books out (and two in the works) to Bard’s name:

West of Spencer; a novel set in and around an Alaskan fishing town;

Red Flags in Blue Water, a stew of offshore calamities that might have been avoidable; and

Tsiu Blue, a warm and preposterous fable of the Gulf of Alaska’s north coast.

The arty fish stuff and fishy art stuff on this site is the work of Tom Crestodina, an Alaska fisherman who began making cutaway drawings in 2011 to connect with his young son Franio while he was at sea.

“When I went back to fishing for the first time after my son was born, I missed my family so much it was like physical pain. Any father who has been to sea knows that feeling. Making these drawings was my way of dealing with it, and reaching out to my little boy.”

Tom’s drawings are intended to educate and amuse. In part, they are made so that seafarers can hang them on their wall and use them to explain their work to aunts and uncles from Oklahoma. Some are diagrams that explain fishing methods and other aspects of the maritime trades. Many of them contain inside jokes just for fishermen and sailors. Some contain silly jokes just for kids.

We hope you enjoy browsing through the works shown here and come back often to see what Tom has been cooking up lately. 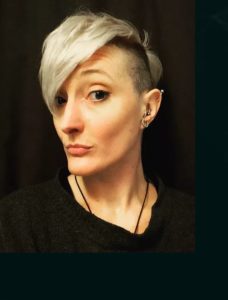 Lara Messersmith-Glavin grew up fishing in the salmon fleet around Kodiak Island, Alaska, though now she is a writer, educator, and performer based in Portland, Oregon. She is the author of Spirit Things, a collection of essays exploring the secret histories of objects on a fishing boat–the latest in the Alaska Literary Series from University of Alaska Press. Her work has appeared in Across the Margin, Still Point Arts Quarterly, Stoneboat Literary Journal, Radiant Voices: 21 Feminist Essays for Rising Up, Anchored in Deep Water: the Fisherpoets Anthology, and elsewhere. She was awarded the AtM 2018 Best Nonfiction Award and the Chinalyst Award for Best Travel Writing in 2008. You can find her at https://queenofpirates.net or on social media at @queenopirates.

What are you waiting for?