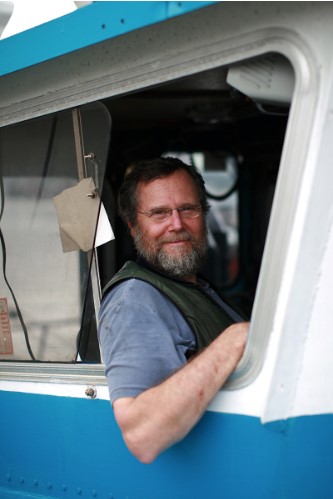 Raised in Portland Oregon, Scott first commercial fished on a troller out of Garibaldi Oregon the summer of 1969. He first went to Alaska fresh out of high school on a cannery boat in 1971, and started running cannery boats for Ward Cove cannery a few years later. He has since seined the coastal waters from Mexico to the Bering Sea for most everything that can be caught with a seine, and through his career he has cycled through the crab and longline fisheries of Alaska. Today, his kids are raised, and he spends summers seining for salmon in SE Alaska. At sixty-six years old, Scott and his wife Jill, spend their time between their homes in Juneau and Portland, and visiting their kids … and, Scott has found a love for telling the stories of his time through poetry.

All presentations by Jeff Stonehill