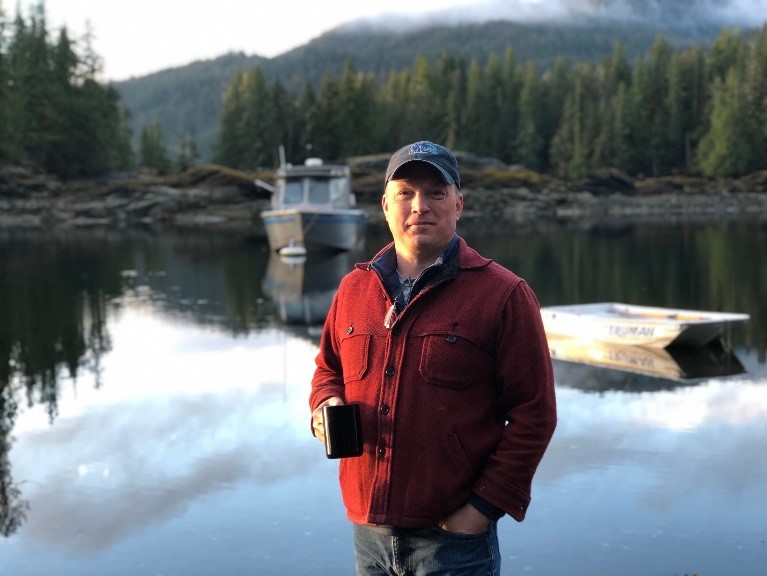 Born in Montana in 1968, Markos Scheer moved to Prince of Wales in Southeast Alaska in 1982. Scheer received his Bachlor degree from the University of Colorado in in Political Science and Juris Doctor from the University of Idaho College of Law.
Scheer’s career in the seafood industry began at Silver Lining/NorQuest Seafoods where he worked in processing and operations from 1985 to 1997, when he left to finish law school and begin practicing law.   In a legal career that spanned 20 years (1999 – 2019), Scheer practiced business, regulatory, admiralty and transactional law and represented companies in the seafood and maritime industries operating on the west coast and Alaska.  Scheer founded Premium Aquatics, LLC, an Alaska mariculture development company, in 2016.  Premium Aquatics, LLC, DBA Seagrove Kelp Co., operates the largest vertically integrated, multi-species mariculture operation in Alaska – a 127-acre kelp and shellfish farm situated west of Prince of Wales Island, 6 miles south of Craig, Alaska. Scheer also serves on the Board of Directors of the Alaska Fisheries Development Foundation, which created the Alaska Mariculture Initiative in 2014.  Scheer also serves as the first Vice-President and a member of the Board of Directors for the Southeast Conference, the Southeast Alaska regional economic development organization.

All presentations by Mark Scheer